“To have an individual as Jared take this training to another level is huge,” said Scott Lopez, UA Local 50 Business Manager. “He is a prime example of what the next generation of UA professionals represent.”

What Dusseau represents is a confident, quiet and driven person, who wants to succeed. He worked very hard as an apprentice, studying and improving his skills. 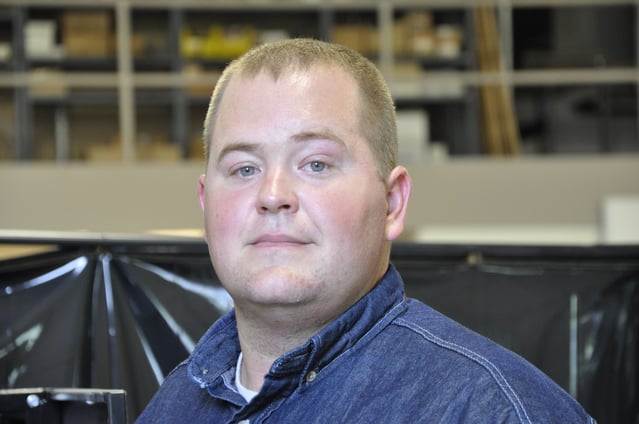 By the third year of his apprenticeship, he was a foreman for Warner Mechanical, which is extremely rare for someone that early in his career.

Jim Krock, President and Operations Manager at Warner, called Dusseau a rare find because the combined package of talent, skill level and ability to deal with customers is rare for an apprentice.

The sky is the limit for Jared at Warner, where they are excited for his future and the future of the company.

“I couldn’t have been prouder for him, Chris Weaver (current PITC Director of Training) and the entire training center,” said Salisbury.

The confidence shown by Dusseau during his training, at the jobsite and throughout the competitions led Lopez to think the Piping Industry would have their fifth champion.

“Jared has a calmness and confidence level that just makes him look as if pressure is just a small pothole in the road to success. Each time I’ve seen him face pressure, he took it on and prevailed on top,” said Lopez. “I had confidence he would not only bring home the Championship, but honor everyone who helped him along the way. He is the definition of a true champion, a true UA professional craftsman.”

Dusseau, who received a bachelor’s degree from Ohio State University in Construction Systems Management, knew the Piping Industry’s legacy in the International competition and wanted to keep it going. He said that was one of the factors that drove him to do well.

Not entirely satisfied, he began to look into obtaining welding certifications and came across the Piping Industry Training Center website. He liked what he saw, applied and was accepted.

The Piping Industry and Piping Industry Training Center extend their congratulations to Jared on becoming the latest UA champion, and wish him the best as he continues his career!