Members of the Piping Industry play an essential role in the shutdown as they are responsible for not only making key welds throughout the refinery, but also correctly installing pipes and valves to transport both crude and refined crude products through the system.

The work done by the pipefitters and welders is among the most import work performed during the shutdown. Due to an extremely high level of training, including extensive safety training, Piping Industry members are expected to correctly complete their work right, the first time. With this type of project, there is little room for error, as shoddy craftsmanship or mistakes could lead to damaged equipment, environmental issues, or endanger the safety of workers. 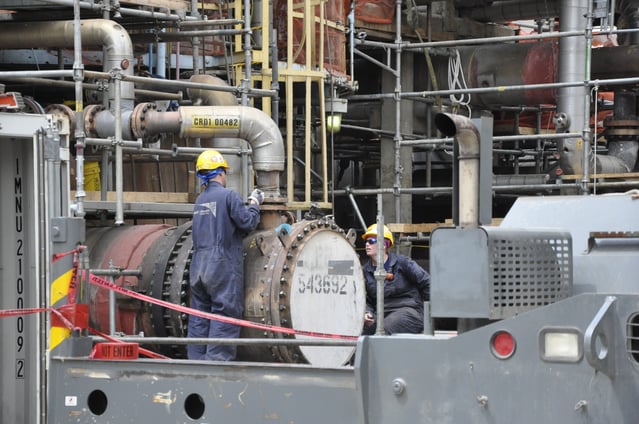 Working in tight conditions, Piping Industry members must also be efficient in signaling and rigging because many of the massive pieces of piping equipment are put in place or removed with the help of a crane. By following all Occupational Health and Safety Administration (OSHA) safety training and using the proper rigging and signaling techniques, they are helping ensure the safety of all journeymen and apprentices onsite. 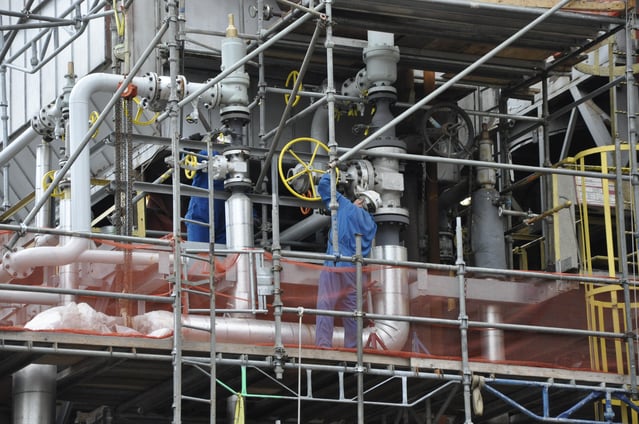 At its peak, this massive project provided jobs for roughly 4,000 total journeymen and apprentices from a number of the construction trades, who worked around the clock to keep the shutdown on time and on budget.

This shutdown is expected to last 71 days and should be completed in late July.