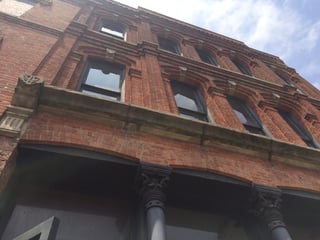 The nearly $19 million project, which is being funded in part by almost $4 million in historic preservation tax credits from the State of Ohio, will save and renovate three deteriorated buildings on St. Clair Street.

The project will bring retail, restaurant, event and office space into these formerly vacant buildings. 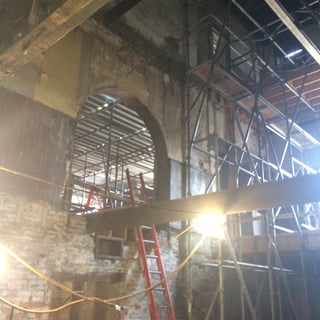 The Toledo Blade reported that Pricewaterhouse Coppers will relocate their offices from One Seagate into Hensville. The tax and accounting firm will become the first tenant in the building and will occupy the second floor.

Before PwC can move in, though, the men and women of the Piping Industry will install all new plumbing throughout the buildings, in addition to doing the HVAC work.

Bayes Mechanical is the contractor on this project, performing all the plumbing and HVAC work. The Piping Industry’s Zack Turner is serving as the foreman on this project.