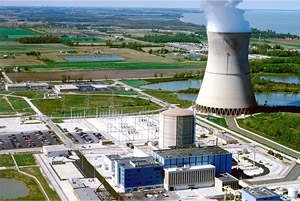 Bechtel Power Corporation was awarded the contract to provide the engineering, procurement and construction services to replace the two steam generators. Numerous members of the Piping Industry are part of the Bechtel team on site.

A number of other contractors that work exclusively with Piping Industry members are also on site, primarily handling critical path specialized welding.

The scheduled maintenance at Davis-Besse is expected to bolster the local economy by $108 million, and $150 million in economic benefits statewide, according to research by Applied Economics, a Phoenix-based consultant hired by the plant’s owner, First Energy.

Located along Lake Erie in Ottawa County, Davis-Besse is 35 miles east of Toledo. It was the first of two nuclear power plants built in Ohio.