After performing maintenance on the unit to clean dirt out of the filters, Shaffer worked to identify the problem. Methodically, like the doctors below him diagnosing the illness of a patient, he put the machine through tests, trying to determine the root cause of the problem. 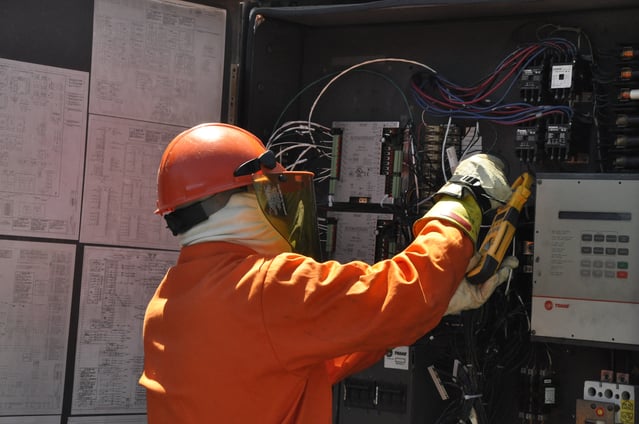 Following several hours of work, including running tests on the computer that runs the system, Shaffer identified and fixed the problem.

On that same day, fellow HVAC technician Kevin Drouillard, who works for Commercial Comfort Systems, was on the roof of the University of Toledo Physicians Regency inspecting another unit not producing cold air. 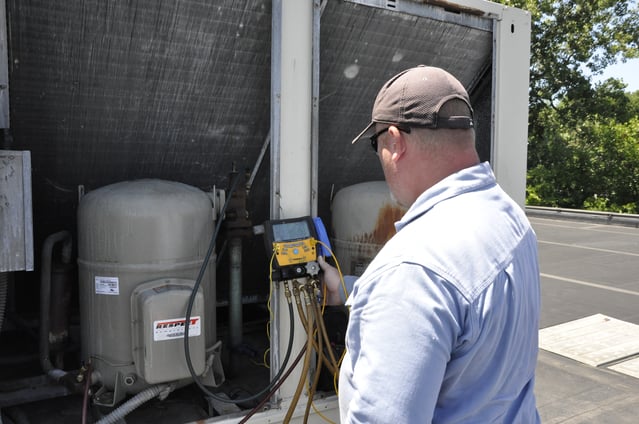 Quickly and proficiently, Drouillard, just like Shaffer, used his training and skill level to isolate the problem and make repairs.

Throughout Northwest Ohio, maintenance and building managers, along with home owners and landlords trust the highly trained, highly educated and highly skilled Piping Industry HVAC Service Technicians to quickly identify the problem and make the correct repair and get the unit running again.  These journeymen will get the job done right, the first time, so they don’t have to be called back days later to work on the exact same HVAC unit.