It is game on for the Northwest Ohio Piping Industry, as its members work to construct one of the area’s newest entertainment centers.

Popular restaurant franchise Dave and Buster’s is coming to the greater Toledo area, and members of the Piping Industry worked on all the water and sanitation piping, helping to ensure the safety of the building.

Four plumbers, all working for signatory contractor Merit Plumbing, are installing the underground pipes and sanitary sewers in addition to all the water piping and fixtures in the kitchen, bathroom and serving areas.

Unique to this particular project, journeymen are using solder to join all copper waterlines, instead of the widely popular copper press connectors. While many so-called plumbers can install press connectors, they often have trouble soldering pipes. The highly-trained members of the Piping Industry though, can expertly solder all types of piping in a quick and effective manner. 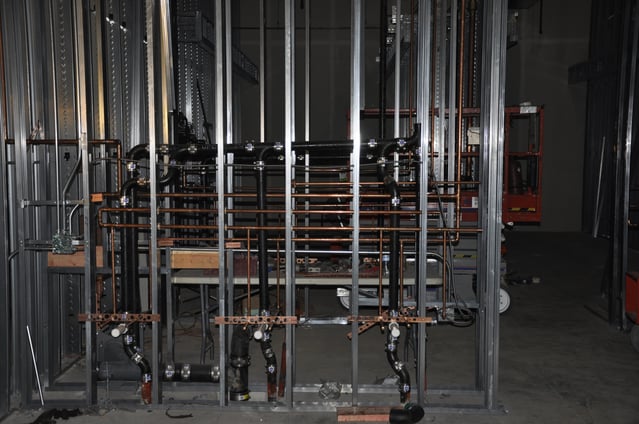 Furthermore, due to the design of the return air vents, the fire code mandated the sanitary stacks had to be constructed with cast iron piping. This work, which is considered somewhat uncommon in an age where PVC stacks are extremely prevalent, was done in a timely, accurate and effective fashion. Our members, who receive rigorous training  as apprentices and continuous educational training as journeymen, have the knowledge and skill to do this type of work and can be counted on to get the job done right the first time. 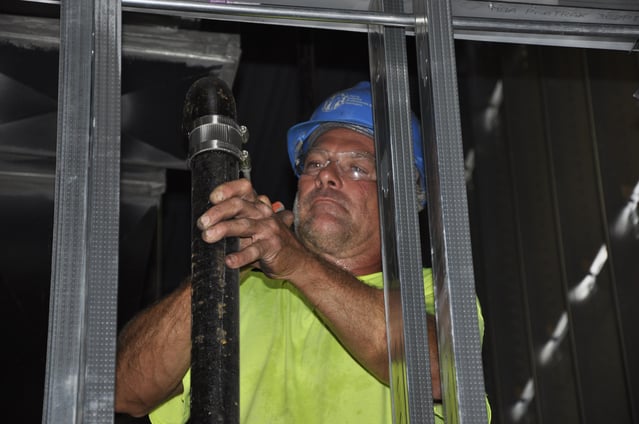 Once it opens, the hugely popular family sports themed bar will be the first of its kind in northwest Ohio.

Constructed from the ground up, the 44,000 square-foot building, located at Franklin Park Mall, will be divided into two separate units, with Dave and Buster’s taking up 32,000 square-feet.

The four-month, $350,000 project will be completed in early fall, with the restaurant and gaming center set to open by mid-October.