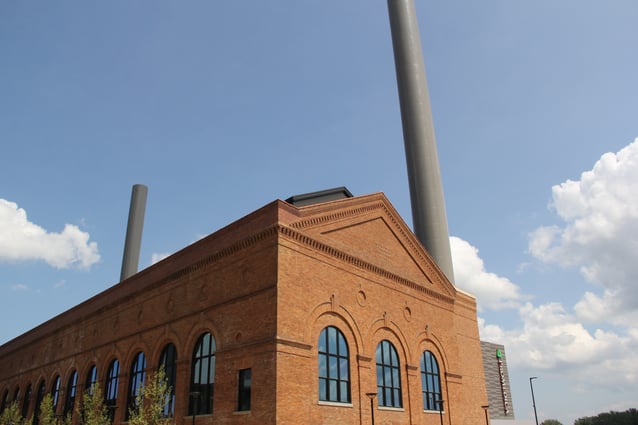 The work performed by the region’s premier piping tradesmen and tradeswomen to help build the new headquarters, accounted for nearly 13 percent of the $60 million budget ($8 million).

“This project clearly demonstrates the highest quality of workmanship and our workers exceeded all expectations,” said Robin Whitney, ProMedica Senior Vice President of Real Estate and Construction. “The construction team put in a lot of blood, sweat and tears to turn ProMedica Headquarters into a modern, collaborative work environment that celebrates the history of Toledo.” 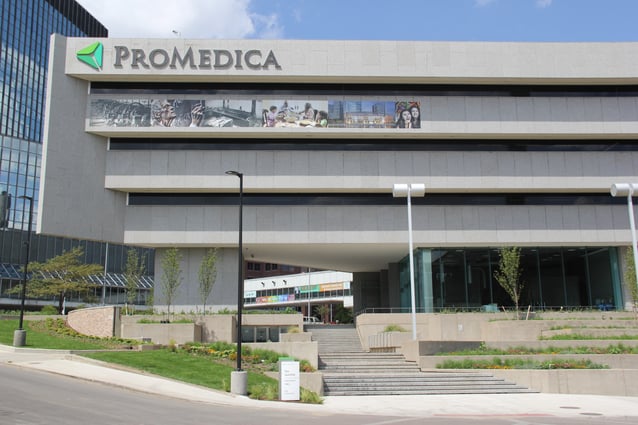 The most difficult and challenging work for building trades members occurred at The Steam Plant. Whitney said this part of the project was complex and required a skilled construction team to address several challenges in order keep the historical nature of the structure, while still giving it a modern design with a 3-story addition.

During the design process, engineers thought the existing Steam Plant smoke stacks could be saved and incorporated into the new design. However, construction crews discovered the smoke stacks were deteriorated beyond repair. Crews carefully removed the old stacks without damaging the building and then installed new stacks to keep the historical integrity of the building.

This issue added two-months to the construction schedule and an additional $2 million to the budget, but thanks to all the highly skilled construction workers, including Piping Industry members, who worked on this project safely, quickly, expertly and efficiently, crews were able to recoup the additional two months and get the project back on track to be completed within the original 20-month timeframe.